Koi Palace's Dirty Fish Tanks Are Freaking Everyone Out

Share All sharing options for: Koi Palace's Dirty Fish Tanks Are Freaking Everyone Out

An aquatic intervention seems to be in order at Koi Palace, which has been offending diners by apparently neglecting to care for its fish tanks, which have had multiple reports of dirty interiors and dead fish floating inside, including some from important critics (more on that below). Considering the Chinese restaurant, long considered one of the Bay Area's best, specializes in live seafood (and that the aforementioned tanks are located right in the front reception area, where diners almost always have to wait for a table), this isn't exactly heartening news.

A Michelin inspector was the first to notice the less-than-ideal conditions a few months back, tweeting that "If you have display tanks to show how fresh your seafood is (Koi Palace), not good to have several dead, belly-up fish clouding up the water." Now Bauer is also so concerned about the tanks' cleanliness (and that of the restaurant) that he's considering taking Koi Palace out of the Chron Top 100, despite still enjoying their food. "The fish tanks that line two walls in the entrance weren't a quick sell for fresh seafood, even though we had a steamed rock cod and it tasted fresh. The water in the tanks was murky and gray and some of the fish were lethargic and looked like they were about to expire." A handful of Yelpers have noticed dead fish in the tanks as well over the past four months.

As a test to see whether any of these complaints have prompted changes, we popped into Koi Palace this afternoon. It appears that the central fish tanks have been entirely emptied of aquatic life, though they're still pretty grimy (especially compared to the photo above from 2009): 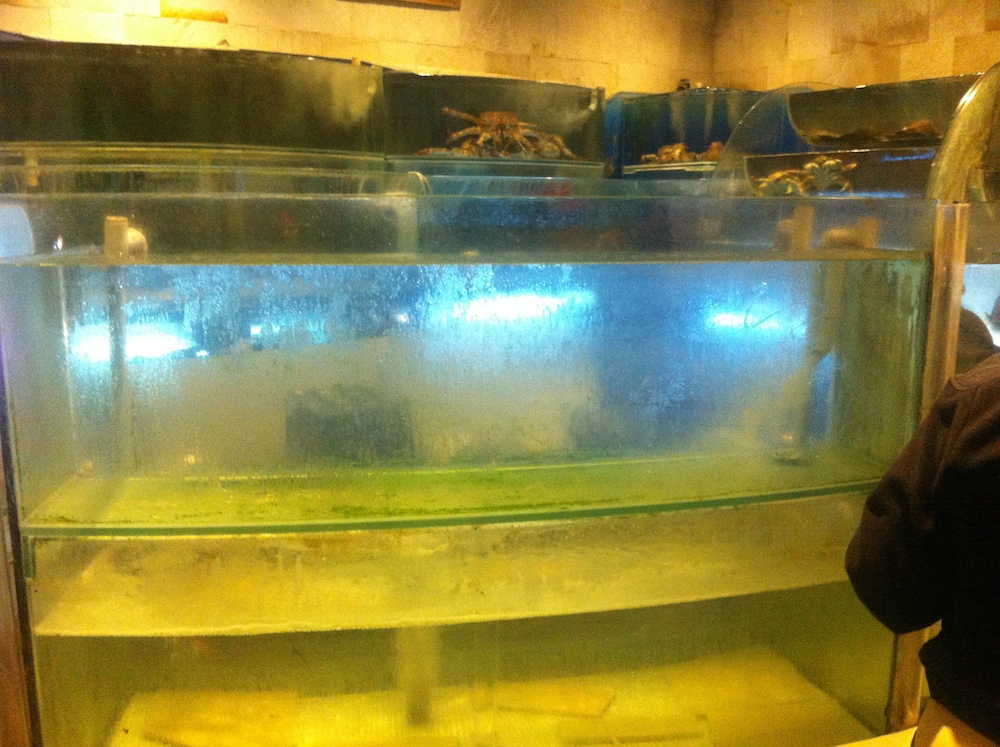 Meanwhile, another tank off to the side didn't have any floaters, but did have some fish who were clearly approaching death's door and a lot of gross effluvia floating around on the bottom: 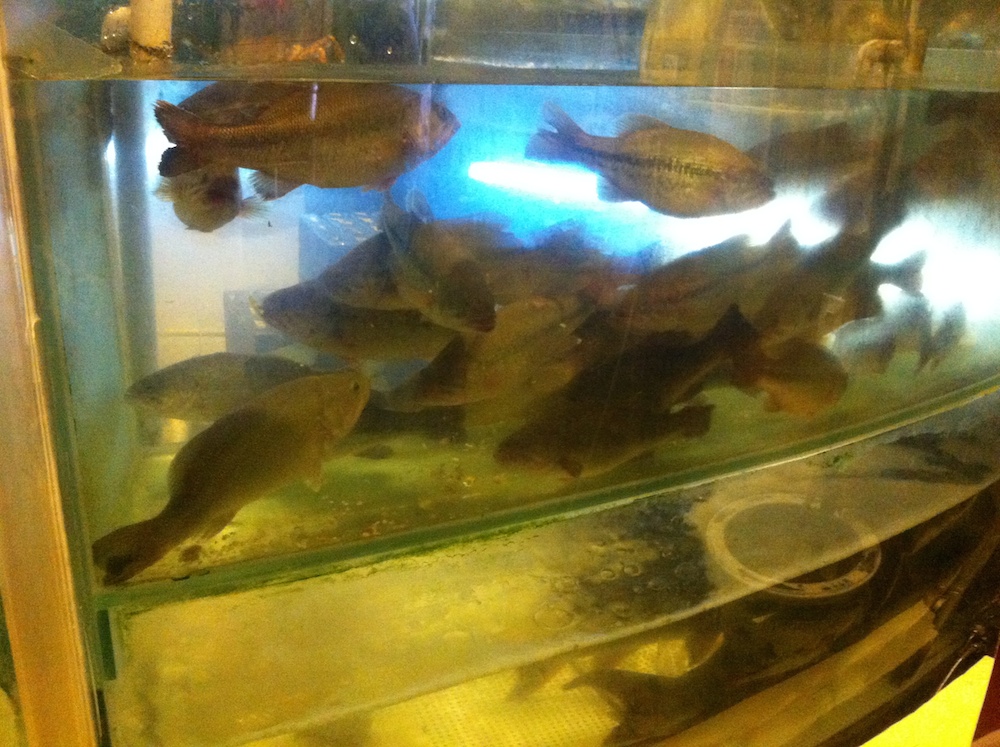 All in all, it was less than appetizing, but at least there were no straight-up dead fish, and the crustaceans in back looked relatively healthy. Bauer's other cleanliness complaints seem to have been addressed: our table and the carpet were clean, the waiters' uniforms looked tidy, and the food seemed fresh. However, we too were shunted to the "tourist" dining room, which is perhaps forgivable for schmucks like ourselves, but certainly not forgivable when dining, as Bauer did, with 94-year-old badass/SF culinary legend Cecilia Chiang, to whom Koi Palace and its ilk owe their existence, basically. For what it's worth, the restaurant's San Mateo County inspection report shows only minor violations during its last regular inspection in 2013, though a complaint last month apparently ended up resulting in two recent return visits.

· How much should cleanliness count in determining Top 100? [Inside Scoop]
· Michelin Inspector Admonishes Koi Palace For Dead Fish [~ ESF ~]
· Koi Palace in 10 Best List of Man Who's Eaten in 6,000+ Chinese Places [~ ESF ~]