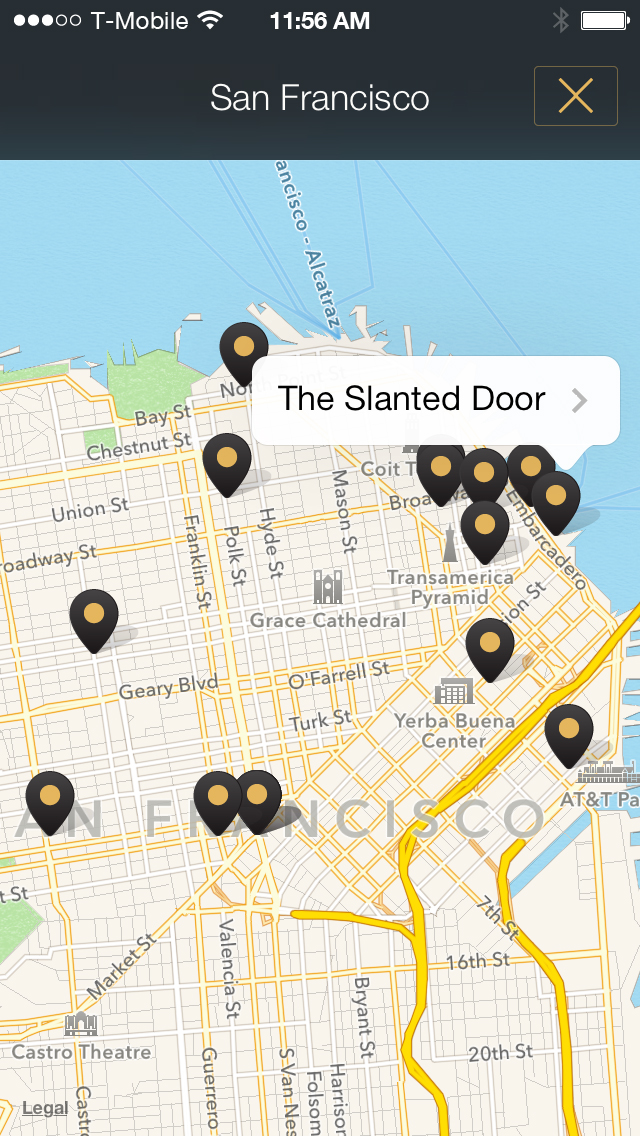 Keeping an even playing field in restaurant reservations has been a hot topic in SF these days, particularly after the State Bird Provisions reservation-hacking scandal broke (and the original hacking whistleblower told us that subsequent attempts to fix it via a captcha were useless). And while locally-based OpenTable does charge for reservations, they've always pushed that cost onto restaurants, not diners. Now, a new startup called Table8 is hoping that SF's ruling class will be willing to pay $20-25 a shot for prime reservations at some of the city's best restaurants—not last-minute grabs, but reservations that never make it onto the books in the first place.

The app, co-founded by onetime Twitter VP of operations Santosh Jayaram and Silicon Valley VC Pete Goettner, was born from their frustration at not being able to score tables at new spots they wanted to try. They've partnered with 12 of SF's top restaurants to secure a handful of two- and four-tops during prime dining hours (Thursday-Saturday, 6:30-8:30pm), which are available up until the last minute. The reservations are set aside in advance, meaning they never make it onto OpenTable, something that will no doubt be a sticking point with the reservation giant. A two-person reservation runs $20, and a four-person one $25.

Jayaram and Goettner say that their offering actually levels the playing field for "normal" people, allowing them the chance to get into a hot restaurant without advance planning. It also benefits the restaurants, as they split the fee 50-50 with Table8, boosting those always-tight margins. While most of the restaurants currently featured already boast high price tags, meaning that an extra Jackson likely won't matter much in the grand scheme of things, the inclusion of more casual Hard Water indicates that they don't just have their sights set on the luxury market. And considering that the restaurants not only don't pay a fee, but actually profit, for their use of the app, there's certainly a possibility that this could mean greater difficulty, if not outright inability, when it comes to getting prime-time reservations at hot restaurants without bringing cash to the table—even for those who plan far in advance. Table8 is already plotting expansions to Chicago, London, Los Angeles and New York.

The app is now available via the web, iOS, and Android.