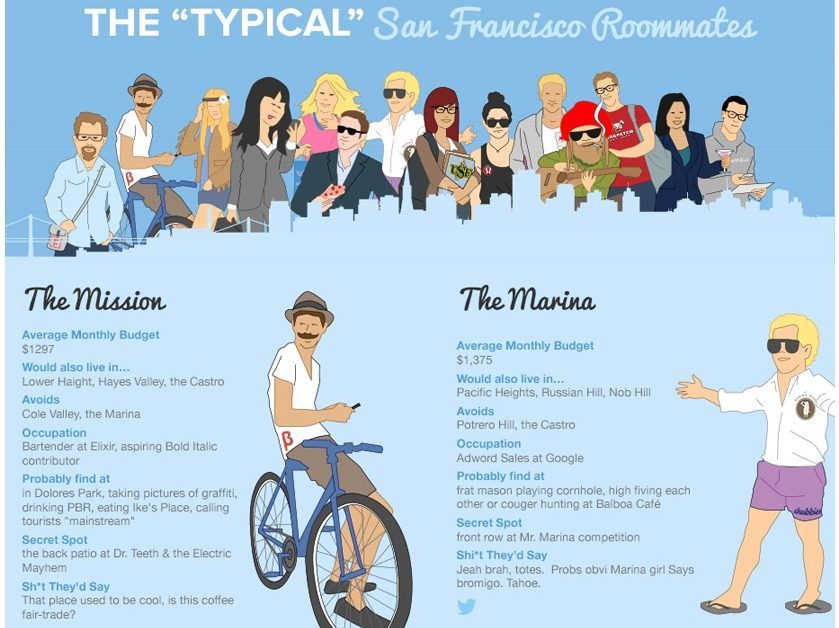 SAN FRANCISCO— Ready to be offended? Here are 16 neighborhood stereotypes that are shockingly accurate.

DIAMOND HEIGHTS— A glorious and almost fully restored Eichler has been listed for $1.425M. Prepare yourself for some Mid-Century Modern eye candy.

SAN FRANCISCO— A trend that's emerging: Fancy schmancy one bedroom condos being listed and sold for over one million dollars. Here are four that just listed, including a corner unit at the Millennium that's asking $2.898M.

YERBA BUENA— A penthouse at the Four Seasons just landed on the market asking a jaw-dropping $11 million, is more than $3,000 per square foot.

NORTHERN CALIFORNIA— An interactive map shows that Giants fandom dominates all of Northern California, including all of Oakland, where the A's are based.