Share All sharing options for: Encuentro, An Oakland Vegetarian Expansion

Vegetarians and wine nerds, rejoice: Encuentro, the popular plant-centric Oakland spot, has made its move down the street in Jack London Square, where it's now officially a restaurant, not a wine bar (and a sizable one at that, with 2,600 square feet and a lot more seating). Owners Linda Braz and Lacey Sher have appropriately expanded their menu, incorporating new dishes like a portobello mushroom sandwich with caramelized fennel alongside their standards, such as avocado bruschetta and mushrooms with smoked pecan paté. Nearly everything on the menu is or can be made vegan, and there are also quite a few gluten-free options. Their wide-ranging selection of wines by the glass (over 50 in all) remains a complementary focus, with special emphasis given to vegan, organic, and sustainable vintners. There are also some new mocktails for those who'd rather abstain.

Yesterday was opening day for the expanded restaurant, which is starting out with only dinner hours (Tuesday–Saturday, 5:30–10pm) before eventually going into later evening hours and lunch service. "Parking is a breeze" for those who have a car, according to the owners; it's a 15-minute walk from the 12th Street BART if you're sans wheels. Do note that Braz and Sher's original plan to turn Encuentro's former home into another offering has been scotched, and they'll be focusing exclusively on this location; a juice bar is supposedly headed to their former space.

Here's the new menu in full (FYI, the one currently posted on their website is from the old location). 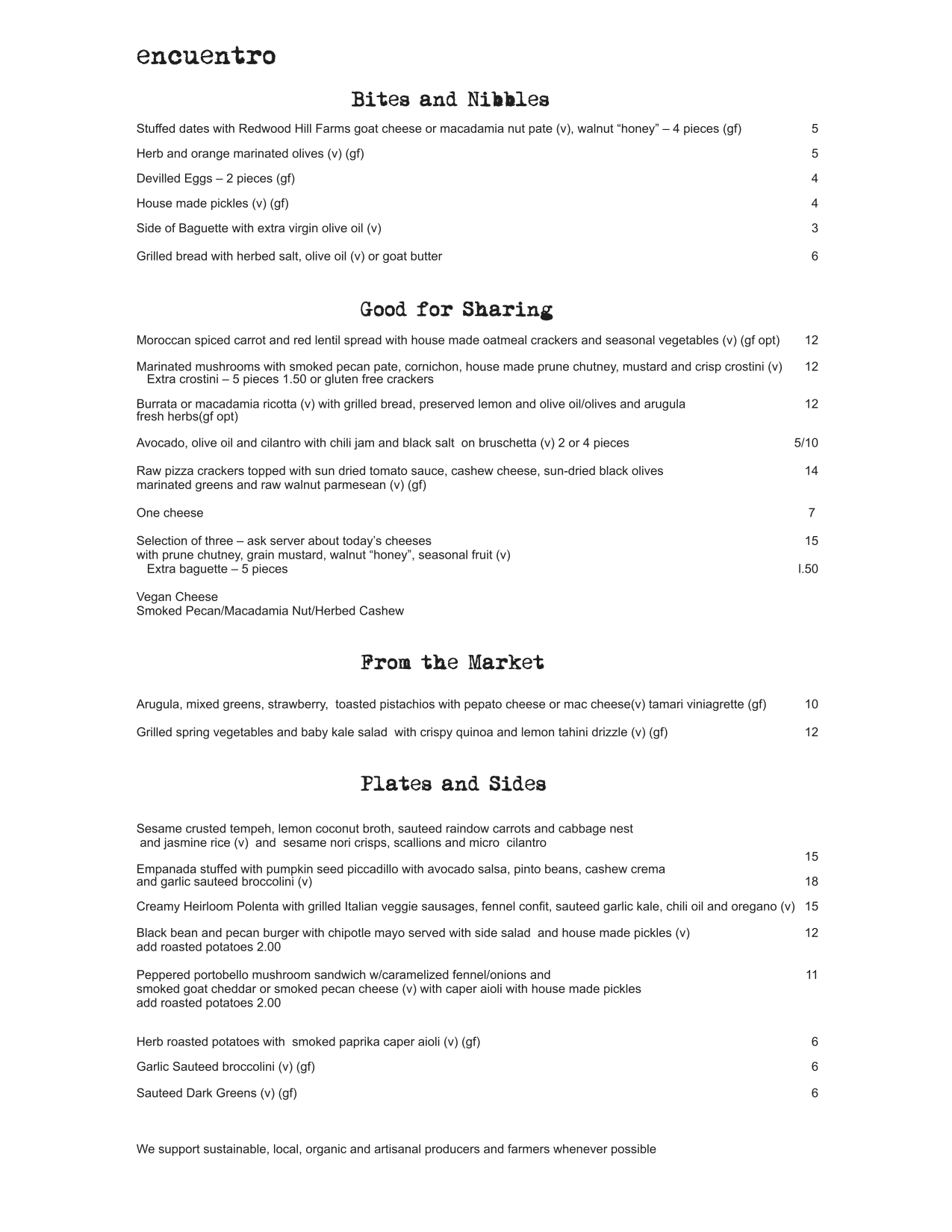