After eight months in business, TBD announced last week that it's taking a new direction with its food offering. Beginning this evening, the fire-driven restaurant will primarily focus on a four-course fixed-price offering. We've got a first look at the new menu, which will change weekly to highlight different regions, seasons, and/or producers. At $45 per person, with an additional $30 for a beverage pairing highlighting beer, wine, sherry, and "loophole" cocktails, it's intended to be a less-expensive counterpoint to more upscale sister spot AQ, where the four-course prix fixe is $58 and beverage pairings are $55. In keeping with the lower price, owner Matt Semmelhack and chef Mark Liberman say they're aiming to create a casual, "dinner party" vibe.

Here's the first of the weekly menus (do note that they're able to accommodate vegetarians and gluten-free diners with advance notice): 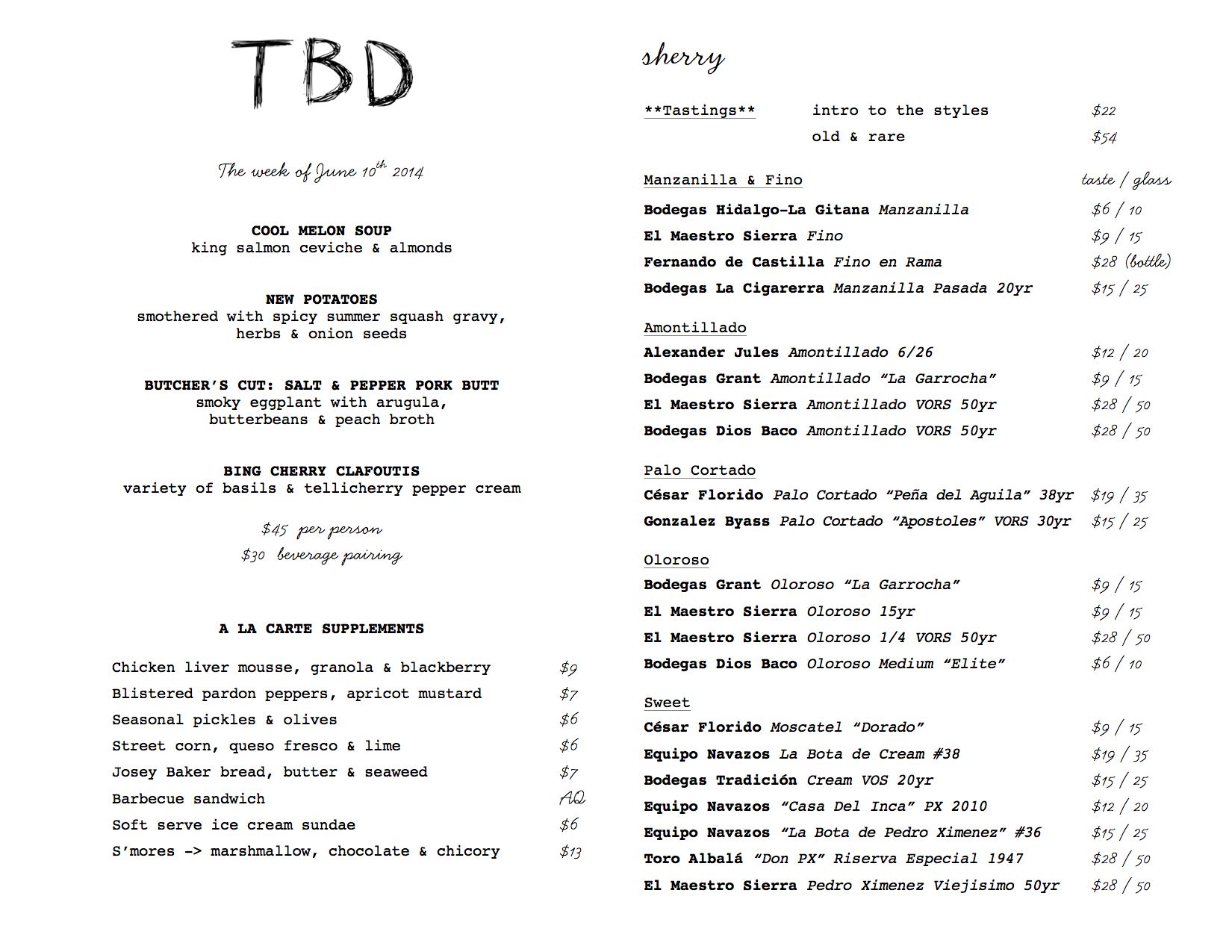 While the prix-fixe menu will be served in two seatings, at 6:30 and 8:30, an abbreviated a la carte menu will be offered for those who walk in between seatings or just want to have a snack and drink at the bar; prix-fixe diners can order dishes as supplements to their meal. Options include chicken liver mousse, blistered padron peppers, a BBQ sandwich, and the s'mores, a popular holdover from the old menu.