Share All sharing options for: Beast and the Hare's Ian Marks Talks Charcuterie 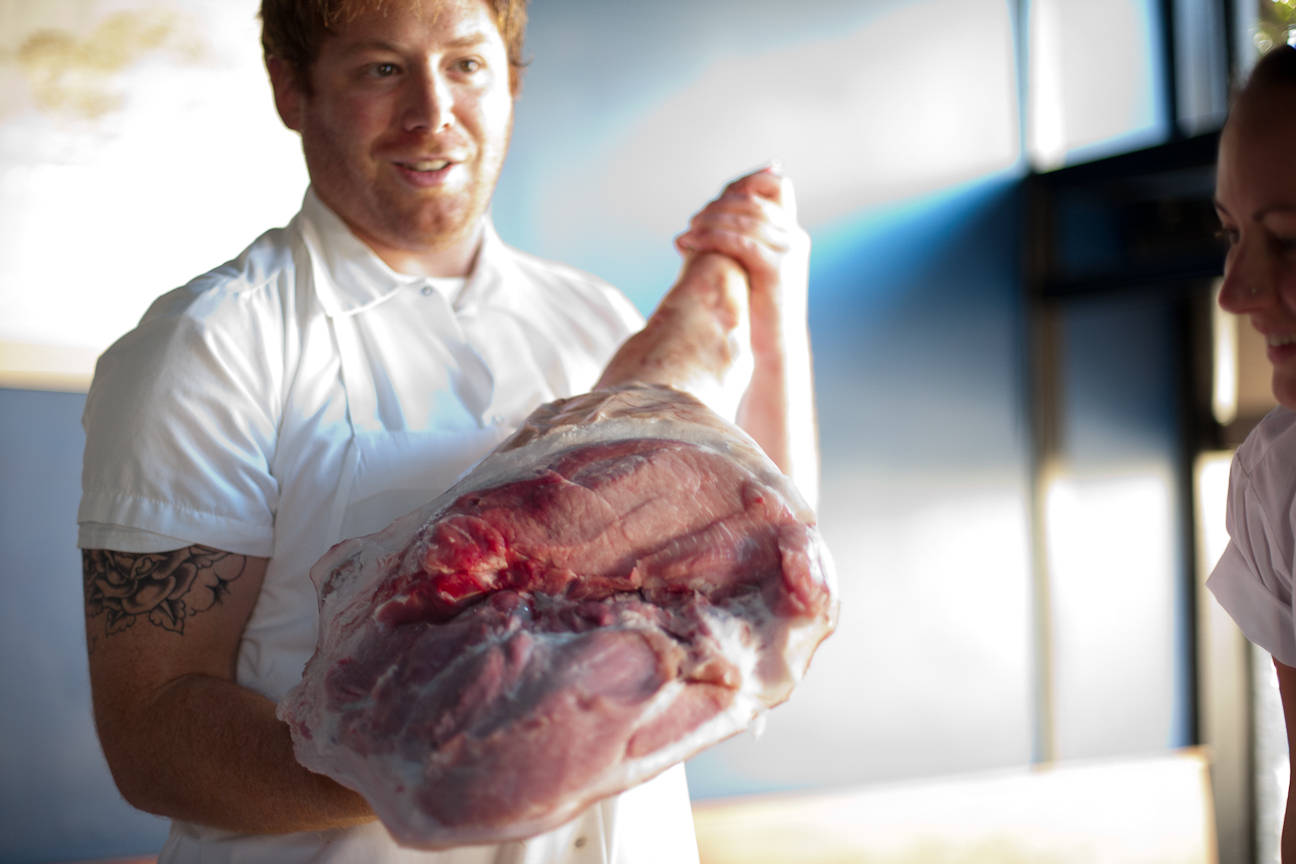 Beast and the Hare's been sticking to the charcuterie classics since its arrival in the Mission four years ago. The duck, coppas, and pâté are what the neighborhood staple "cannot do without," says chef Ian Marks, who learned the art of pig parts back in the day under Taylor Boetticher at Fatted Calf. Since opening the restaurant with partner Dylan Denicke, he's produced pounds and pounds of charcuterie for not only Beast and the Hare, but for nearby favorites Wise Sons Deli, Mission Cheese, and Locanda as well. Here, he breaks down Beast and the Hare's charcuterie plate.

One of Marks' signature secrets is alcohol, a trick he learned from his travel-agent dad, who had a passion for experimenting in the kitchen. Growing up in Cole Valley, Marks remembers his food-loving father using whiskey to concoct a mean pâté. He does the same today with his pâté de campagne, a menu favorite of chicken livers, thyme, ginger, mustard and Bulleit Bourbon combined in a glass jar. Another pâté option is ciccioli, whipped rabbit with toasted chili, orange and cocoa.

For the lonza, prime pig from Chico's Llano Seco Ranch gets paired up with salt, lemon, zest and a ton of different spices. After the whole loin sits in that concoction for a month, Marks air-dries it in the restaurant's closet for another five months to hibernate with sugar, rosemary and garlic. The finished product? His own spin on proscuitto, which takes less time and boasts a "nice fat cap," he explains. Another standout under the salumi section is the duck breast, buried in spices for five days and applewood smoked.

He likes to try out various styles of coppa, or pork shoulder. His orange-rubbed aranci is accented by toasted fennel, while another version gets toasty flavors from cumin and coffee. When it's time for a meat time-out, there's a pile of sweet, hot and sour housemade pickles to round out the plate.