Share All sharing options for: The Ultimate Transamerica Time-Lapse; Micro-Units for Two; Can KitTea's Design Win Over SF's Hipster Cats? 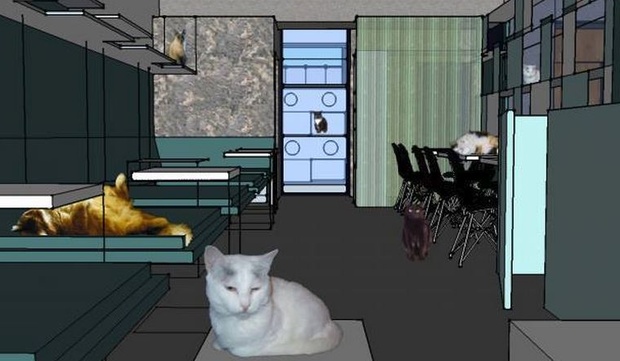 HAYES VALLEY—Preliminary renderings for the city's first cat café have been released. But will SF's hipster cats approve?

FINANCIAL DISTRICT—Here's what happens when you tape an iPod Touch to the window and run a 24-hour time-lapse of the Transamerica Pyramid.

SoMa—Think a micro-unit for one is small? Try squeezing in two.