The Five Most Anticipated SF Restaurant Openings of the Winter

The new spots you'll be crushing on from now through mid-March.

Share All sharing options for: The Five Most Anticipated SF Restaurant Openings of the Winter

Winter is traditionally the slow season for SF restaurant debuts, and many of the most explosive openings that were targeting the chilly months now won't open until spring (see below). But five top-notch spots say they're planning to have their doors open by March 21. Here are the restaurants you'll be getting pumped about this winter. 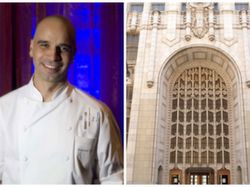 1) Mourad
Location: Financial District; 140 New Montgomery
Major Players: Mourad Lahlou, Chris Kajioka, Melissa Chou, Alan Murray
The Situation: The space next to Trou Normand is about to become a serious fine-dining destination from Lahlou, who already holds a Michelin star for his Aziza in the Richmond. Expect his eponymous restaurant to be even more refined and ambitious, thanks to an assist from Kajioka, a James Beard Rising Star Chef nominee for his work at Honolulu's Vintage Cave. Throw in mega-talented pastry chef Chou, master sommelier Murray, and a swank Olle Lundberg design, and we could be seeing stars sooner rather than later.
Projected Opening: January
[All coverage of Mourad Lahlou] 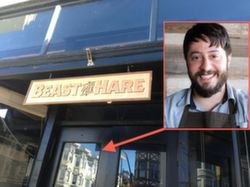 2) Aster
Location: Mission; 1001 Guerrero St.
Major Players: Brett Cooper, Daniel Patterson, Sean Ehland
The Situation: With five busy spots of his own, Daniel Patterson has decided to take on something of a fairy-godfather role, helping talented young chefs open their own places in equal partnership with him. The first of them will be Aster, from talented former Outerlands chef Brett Cooper, which is destined for the former Beast and the Hare space on Guerrero. At 45 seats, it'll be petite and warm, with "progressive California cuisine" sourced from small farms. Ehland, a transplant from Charleston's McCrady's, will head up pastry. Also of note: there will be no tipping at Aster, as service costs will be built into the prices.
Projected Opening: February
[All coverage of Aster] 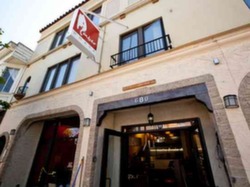 3) Hawker Fare Mission
Location: Mission; 680 Valencia St.
Major Players: James Syhabout
The Situation: Syhabout is considered one of Oakland's leading culinary lights, with four projects all abuzz in the East Bay (including Michelin-starred Commis). Now, for the first time, he's coming cityside, opening a second, bigger branch of his Uptown hit Hawker Fare in the massive former Amber Dhara space on Mission. Expect all the spicy Asian street food and fruity cocktails of the original, with an increased emphasis on Syhabout's family's native Thai region of Isaan, and a larger menu that takes advantage of the pumped-up kitchen space.
Projected Opening: February
[All coverage of Hawker Fare] 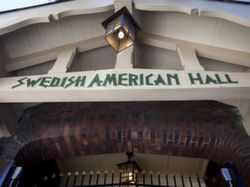 4) Aatxe
Location: Castro; 2170 Market St.
Major Players: Ryan Pollnow, The Bon Vivants
The Situation: The Ne Timeas Restaurant Group's takeover of the Cafe du Nord/Swedish-American Hall complex appears to be rolling out in stages, and this project from former Central Kitchen chef Pollnow will likely be the only one to emerge before spring. It's a 50-seat Basque restaurant carved out of a lower level of the Swedish-American Hall, featuring shareable plates and cocktails from The Bon Vivants (Trick Dog), who are also doing drinks for the other two components.
Projected Opening: All they'd say was "before March 21."
[All coverage of Aatxe] 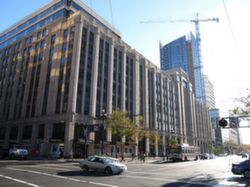 5) Dirty Water
Location: Mid-Market; 1355 Market St.
Major Players: Kristian Cosentino, Zachary Brian Taylor
The Situation: It looks like the first project to the bell in the Twitter building will be this massive restaurant, bar, and beer garden from Press Club alum Cosentino, who's planning on sourcing ultra-rare beers, wines, and spirits to serve to his crowd (think 52 taps and hundreds of wines by the glass, thanks to the Coravin system). He's brought in Ziryab bar standout Taylor to handle cocktails, and will be offering a menu of hearty, wild-game-centric dishes, with lots of meaty fare designed for sharing. Later in the spring, the Twitter building will welcome Bon Marché, the AQ team's French brasserie, and the massive grocery/prepared food complex The Market, from the Small Foods team, in play. Mexican spot Cadillac Bar & Grill and a fifth, still-undisclosed tenant will round out the building.
Projected Opening: Mid-March
[All coverage of Dirty Water]

You'll have to wait for the fall: Mister Jiu, Perbacco's SOMA brasserie