The Most Anticipated San Francisco Restaurant Openings of Spring 2015

12 places you'll be excited to visit between now and June.

Share All sharing options for: The Most Anticipated San Francisco Restaurant Openings of Spring 2015

It's been a slow winter for new restaurant openings, but things are definitely heating up now that we've moved into spring, with 12 notable restaurants set to make their debuts between now and the first day of summer. (There are also some major bars on the way, which will get a list of their own later this week.) Heavy hitters like Daniel Patterson and Melissa Perello are debuting new concepts, Marlowe is going fast-casual with their beloved burger, and Cafe du Nord's new incarnation is finally set to reopen. Throw in a couple of great new spots for pizza aficionados and a direct-from-Japan ramen import, and it's another exciting chapter in SF's ongoing restaurant boom. 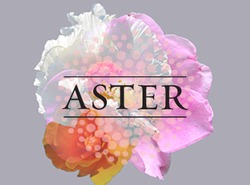 Location: 1001 Guerrero St., Mission
Major Players: Brett Cooper, Daniel Patterson, Sean Ehland
The Situation: With four successful restaurants of his own and healthy fast-food project/Roy Choi team-up Loco'l on the way, Daniel Patterson has moved into a fairy-godfather role, helping young chefs in his stable open projects in partnership with him. The first is this petite Mission restaurant from Brett Cooper, who made his name at Outerlands and will be doing ingredient-focused Californian cuisine here, with many products grown exclusively for the restaurant. Ehland, who earned plaudits at Charleston's McCrady's, is on pastry, and the DPG is contributing backup on the design and wine fronts. Also of note: the restaurant will be completely tipless, with service built into the prices.
Projected Opening: March 31 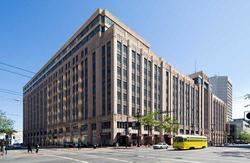 Location: 1355 Market St., Mid-Market
Major Players: Matt Semmelhack, Mark Liberman
The Situation: The Twitter building now has a grocery and prepared-foods hub in The Market, but it has yet to debut any of its three restaurant concepts. The honor of being the first could go to the latest project from the team behind AQ and TBD, a massive all-day French brasserie with a raw bar and cocktails. But keep an eye out for equally gigantic bar-restaurant-microbrewery Dirty Water and Mexican spot Cadillac Bar & Grill to potentially cross the finish line as well.
Projected Opening: May 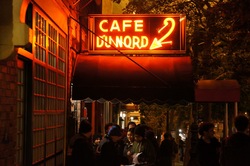 Location: 2174 Market St., Upper Market
Major Players: Thomas McNaughton, Ryan Pollnow, The Bon Vivants
The Situation: 20th Street neighbors Ne Timeas Restaurant Group (Flour + Water, Central Kitchen, Salumeria) and The Bon Vivants (Trick Dog) have now been at work for over a year on their revamp of historic bar/venue Cafe du Nord and the adjoining Swedish-American Hall, which promises to finally make its debut this spring. First up will be Aatxe, former Central Kitchen chef de cuisine Pollnow's 49-seat Basque-inspired restaurant carved into the already-returned Swedish-American Hall; Du Nord, which will be a bar in front and an intimate dining room/acoustic performance stage in back, will arrive last.
Projected Opening: April 17 for Aatxe, late May for Du Nord 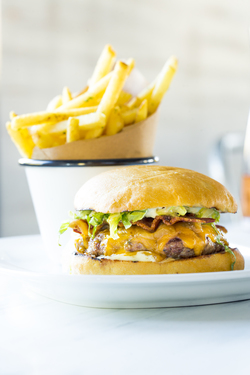 Location: 330 Townsend St., SOMA
Major Players: Anna Weinberg, Jennifer Puccio, James Nicholas
The Situation: Marlowe's burger has long been acclaimed as one of the city's best (and Michael Bauer's favorite), and it continues to live on at the SOMA restaurant's larger new home, just up the street from its original space. But with a stay of execution now in place for the to-be-demolished original Marlowe, the busy trio of Weinberg, Puccio, and Nicholas (also behind Park Tavern and The Cavalier) jumped at the opportunity to hold onto it. The result: Marlowe's first fast-casual project, a simple affair offering only the burger, a chicken sandwich, their popular brussels sprout chips, fries, and some sweet treats from pastry chef Emily Luchetti.
Projected Opening: Mid-April

Location: 676 Geary St., Tenderloin
Major Players: Tomoharu Shono
The Situation: Acclaimed in its native Tokyo, this mini-chain of ramen shops is planning to open its very first U.S. location in the Tenderloin. Expect tonkotsu and shio ramen, limited rotating options like foie-gras tsukemen, and a handful of small plates. With its pedigree and proximity to bars like Rye and Bourbon & Branch, this place should become a line nightmare in approximately no time flat.
Projected Opening: Mid-May

Location: 510 Stevenson St., SOMA
Major Players: Gianluca Legrottaglie
The Situation: Named for a rough-and-tumble neighborhood in Rome where Legrottaglie used to work, this casual enoteca will specialize in pinsa, a light, crispy Roman-style pizza baked in a once-hidden brick oven he found behind a wall (not even the landlord knew it was there). The authentic Italian vibe will also extend to house-marinated vegetables, salumi, cheeses, and salads. Expect a sizable wine and beer selection for the after-work crowd.
Projected Opening: Early April 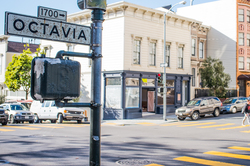 Location: 1701 Octavia St., Pacific Heights
Major Players: Melissa Perello
The Situation: After five years, Frances' beloved Melissa Perello is finally ready to open her second restaurant. Housed in the former Baker & Banker space, it'll essentially be a second incarnation of Frances, with a relaxed neighborhood vibe, approachable food, custom-blended wine, and all the other comforts diners in the Castro have come to expect from Perello. Expect it to go over more than well with the Pac Heights crowd.
Projected Opening: April 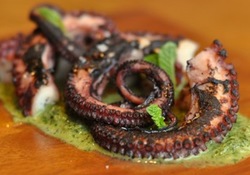 Location: 4201 Market St., North Oakland
Major Players: Jay Porter, Katie Mayfield
The Situation: Porter (The Linkery, Hubcap), who made his name in San Diego as one of that city's original farm-to-table restaurateurs, has made a fresh start in Oakland with The Half Orange, a casual spot serving sausages, burgers, and beer. Now, he and wife Mayfield are finally ready to debut their bigger project, Salsipuedes, a 40-seat restaurant focusing on ingredient-driven California cuisine, as well as craft beer and small-production wines sourced directly from producers.
Projected Opening: Around June 1 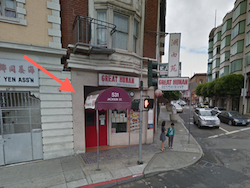 Location: 531 Jackson St., Jackson Square
Major Players: Ryan Cole, Jason Halverson, Cyrick Hia, Jason Kirmse, Tai Ricci
The Situation: The gang behind Russian Hill's popular Stones Throw is all about delivering value at their petite new restaurant, where the nightly prix-fixe menu will be $35 for three courses ($45 if you add on an additional pasta course). The wine list will also be price-driven, with half the bottles under $50 and the other half over $100, but with markups no higher than $40. Will Trestle be able to hold the line on such reasonable prices in a dizzyingly expensive climate for new restaurants? It'll be an interesting experiment.
Projected Opening: April 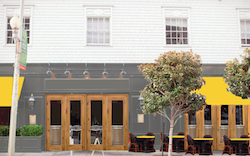 Location: 2000 Union St., Cow Hollow
Major Players: Adriano Paganini, Brian Reccow
The Situation: Hitmaker Paganini, who already has Beretta, Delarosa, Lolinda, Pesce, Starbelly, and burgeoning chains Super Duper Burgers and Uno Dos Tacos under his belt, is taking on a Belgian brasserie concept in the former Cafe des Amis space, with moules frites, housemade sausages, and of course, plenty of Belgian and Belgian-style beer (as well as both regular and beer cocktails). Meanwhile, Super Duper is set to open another downtown location (on Kearny) in mid-May as well, and Delarosa's spinoff on Yerba Buena Lane is looking at a late-September debut.
Projected Opening: Mid-May

Could be 2016 or later: Bellota, Chow Oakland