The Most Anticipated San Francisco Bar Openings of Spring 2015

New spots to get your drink on from now through June.

Share All sharing options for: The Most Anticipated San Francisco Bar Openings of Spring 2015

Now that we've rounded up all the exciting new restaurants coming down the pike between now and June 21st, it's time to take a look at the bars. They're a smaller but equally engaging crop, ranging from the explosive (Smuggler's Cove's massive Polk Street sequel, which will boast the continent's largest selection of gin) to the easygoing (a charming husband-and-wife wine bar). Along the way, there's live jazz, frosty new microbrews, and a Victorian-themed watering hole. Here are 8 bars worth getting excited about this spring. 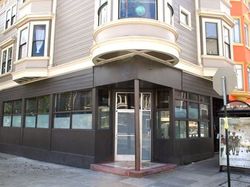 Location: 701 Haight St., Lower Haight
Major Players: Robert Patterson
The Situation: Major retrofitting issues have seriously delayed this Lower Haight microbrewery, but it looks like it'll hopefully debut before summer. Ken Ken Ramen's Patterson is running the show, with plans to offer Japanese-inspired small plates to pair with the beers. The complex also features a homebrew shop that's already made its debut, and a small cafe with beans from Potrero Hill's Front Coffee.
Projected Opening: May 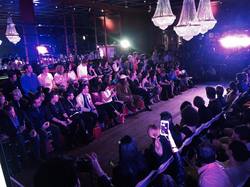 Location: 555 Golden Gate Ave., Civic Center
Major Players: Pete Glikshtern, Jordan Langer, Sebastien, Jeff Whitmore
The Situation: The former Stars space has never been able to find its legs in the post-Jeremiah Tower era, but with Tower himself making a comeback, this cocktail lounge should hopefully be able to revive it (at least until it's demolished altogether for condos, which is set to happen in about three years or so). It comes from the partners behind Oddjob, and like that bar, it'll feature a big bar in front and a smaller, bespoke cocktail offering in back. But it'll also have club elements, with DJs, a rotating commissary kitchen for food trucks, and bottle service. Later in the year, Langer, Glikshtern, and other partners will also mount a Tenderloin revival of their tiny cocktail bar Big (minus bartenders Brian Felley and Mo Hodges, who've moved on to Benjamin Cooper).
Projected Opening: Early April 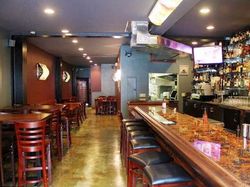 Location: 528 Divisadero St., NOPA/Western Addition
Major Players: Justin Lew, Ian Scalzo
The Situation: Having risen to the top brass within Future Bars (Bourbon & Branch, Local Edition), Lew and Scalzo are embarking on their first solo venture, taking over the soon-to-be former Ziryab space on Divis. They're still working out the details, but want to keep things neighborhood-friendly and not overly conceptual. Their most recent cocktail consulting project, at Hapa Ramen, was a winner, so this should be an exciting addition to the Divis corridor.
Projected Opening: June 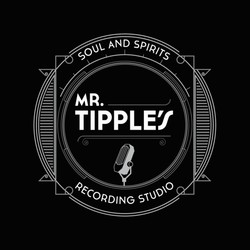 Location: 39 Fell St., Mid-Market
Major Players: Jay Bordeleau, Kate Bolton
The Situation: Bordeleau and Bolton are going big in their next move after Lower Haight smash Maven, taking two spaces in mid-Market for a restaurant and bar combo. Cadence, the restaurant portion, will arrive later in the summer, but Mr. Tipple's, the bar, should make it before the first day of summer. Drinkers can expect stiff, boozy libations to pair with a live music selection courtesy of Bordeleau (who was a musician himself before moving into restaurants), with jazz, funk, blues, swing, and Latin groups.
Projected Opening: June

Location: 3232 Scott St., Marina
Major Players: Brian Cassanego
The Situation: With Hayes Valley spot Noir Lounge under his belt, Cassanego is moving across town for his next project, a Victorian-themed takeover of the former Bin 38 space. Meant to recall the era of Sherlock Holmes and Jack the Ripper, it'll be a casual spot (no British food) with a lot of similarities to Noir, including a large beer and wine selection and bar bites. The popular patio will also remain in play, with TVs possibly added for sports games and movies.
Projected Opening: Early June 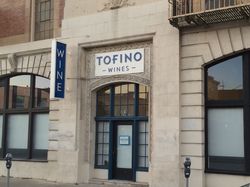 Location: 2696 Geary St., Inner Richmond
Major Players: Mark Nevin, April Sack
The Situation: The Geary and Masonic corridor doesn't have anything for wine lovers (unless Trader Joe's counts), so this new wine bar and bottle shop from a married pair of industry veterans should be a welcome addition. Expect local vintages on tap, plenty of Champagne and sherry, and cheese and charcuterie for snacking.
Projected Opening: Early April 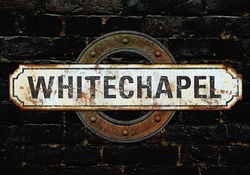 Location: 600 Polk St., Tenderloin
Major Players: Martin Cate, Alex Smith, Caleb Jones, John Park
The Situation: Already a legend in the cocktail world for his insane selection of rum at Smuggler's Cove, Cate now plans to build North America's largest collection of gin and genever at his Polk Street sequel, with over 400 bottles (including one distilled exclusively for the bar). Throw in cocktails from bar whiz Smith; British, Dutch, and Bangladeshi-inspired bar bites from Jones; and a steampunk-esque decor scheme meant to suggest an abandoned London Underground station, and you have the makings of what will likely be the highest-wattage bar opening of the year.
Projected Opening: Mid-June