It’s time for Trick Dog’s bi-annual menu reveal, in which The Bon Vivants (owners of Trick Dog, and prolific bar consultants) completely change up the cocktail menu and accompanying theme. The last theme was "conspiracy theories," with drinks like "Big Foot," and "Chemtrails." Past menus have been a calendar of dogs, Chinese takeout menus, Pantone swatches, and other unlikely mediums. 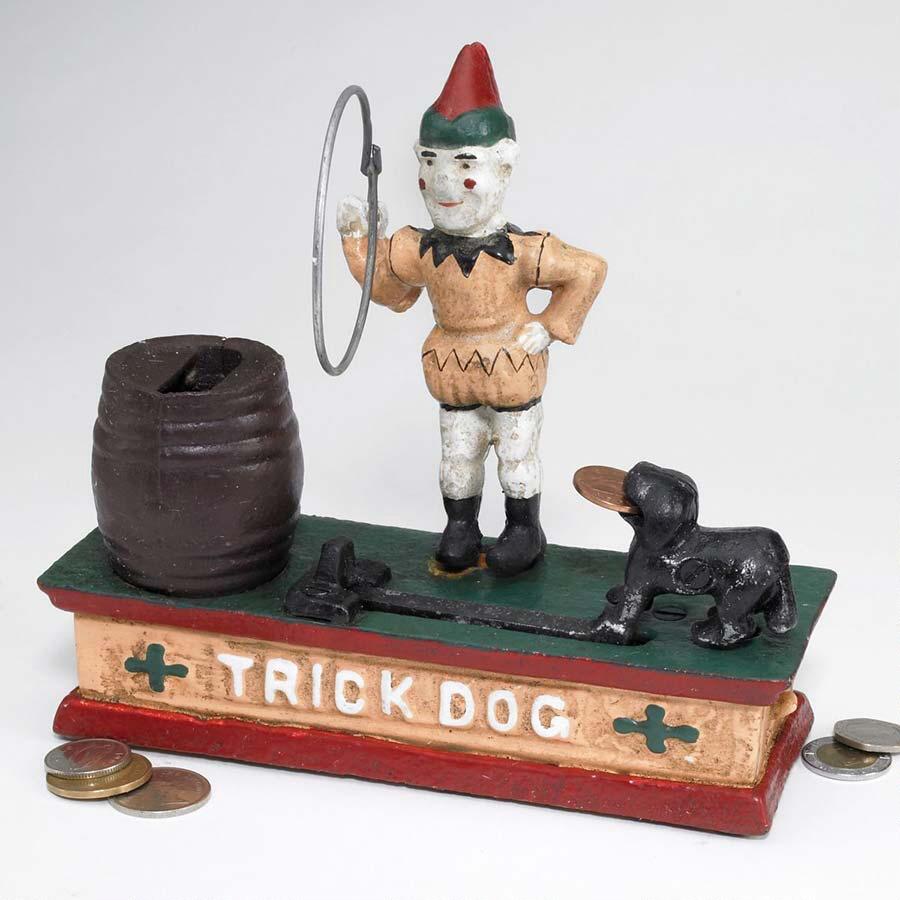 This time it’s "Trick Dog for President 2016," an all-out campaign to "put another clown in the White House." In this case, that’s the clown from the vintage cast-iron piggy bank from which the bar derives its name (pictured at right). Accordingly, the drink menu comes in two forms: an American flag, and a collection of campaign buttons. Drinks are named after political slogans, like the "I am not a crook," featuring tequila, peach, garam masala, soda, and lime, and the "Didn’t Inhale," made with Japanese whisky, LoFi Gentian Amaro, manzanilla sherry, blackberry, and wakame, served up.

There is also a selection of low- and no-proof drinks, as well as boilermakers, shots, and highballs. If you’re feeling patriotic and thirsty, the whole shebang goes live at 3 p.m. today (July 7).